To Singapore with Love

It’s twelve years since me and the now Mr Gallivant moved back to Europe after a three-year stint in Singapore; dropped down with a short sharp shock into the sub-zero continental winter of la Région Parisienne – such a far cry from the tropics of south east Asia – and doubtful of where we would finally settle, but back all the same for Mr G to kick start the European arm of his new import-export venture.

We were moving to Paris in the interim. At least, that’s how I’d pictured it. If we had to leave Asia, then Paris didn’t seem so bad a trade off. I assumed myself sashaying along the leafy boulevards, swanning around museums and stopping off for apéros en terrasse at charismatic cafés in the free time I’d assigned myself before finding a new job of my own. I would embrace the City of Love and enthuse the romance with my French beau in his very own country; two lovers lost to Paris’s dreamy demeanour.

The reality though was somewhat different. Not that my Frenchman had sold me the Paris idyll perfectly packaged in ribbons and bows; I’d somehow somersaulted impulsively –as I tend to at times – towards the romantic image of living in Paris with my French amoureux without ever really thinking it through. But of course we weren’t exactly in Paris même. We were in la Région Parisienne. Somebody tells you they live in London, when in fact they’re lumped 20 miles away in some characterless commuter town like Slough. That was our equivalent. Sort of. We were provided with a small apartment to live in for as long as we wanted on the property of Mr Gallivant’s aunt and uncle while we settled back into life in Europe. It was extremely generous of them to accommodate us on our return; they just happened to live on the farthermost fringes of the city I’d so been fantasizing about – implanted in a little village within the flat, soulless expanse that is the Disneyland circus of Marne-la-Vallée. Not quite my Paris dream, but for what it’s worth, the City of Light was still only a 40-minute train ride away to pander to my propitious saunterings.

Needless to say, we stayed there a mere six months or so before moving on again. It had only ever been a stopgap. And I got my fair share of Paris into the bargain. Yet the time that has passed since seems to have stormed by – settling into the standards of wedlock and wee little ones has seen to that – so lately this post-decade anniversary has had me dallying over my time in Singapore once again. In point of fact, I never really did stop reflecting on those blithe days of young love and liberty. I avidly lap up all the recent articles about the changes underway in the tiny island state and I realise quite sincerely that I may not even recognise the place these days, the ongoing development seems to be that intense. So I thought I’d ask a friend who is still based there, Joyce Bangayan – city finance professional – to update me on a few of the old haunts, as well as a few new favourites, as I’m naturally out of touch with the places to wine, dine and rest a weary head nowadays. And it’s always good to have advice straight from the horse’s mouth. Over to you, Ms Bangayan: 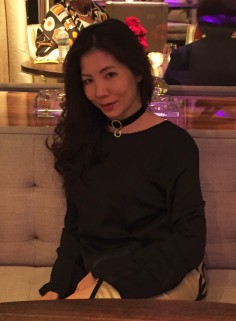 Something of a local authority on Singapore, having lived in the island state for the past 17 years, Joyce Bangayan works in banking in the financial district and now divides her time between Singapore and Manila, enjoying socializing and shopping in the buzz of the city state at every opportunity.

In my day, if we wanted a drink with a view, we’d head to the bar at the top of the Swissotel Stamford. Which are the go-to rooftop bars of the moment?

These days there are lots of places to enjoy the ever-changing skyline and incredible views of the Merlion City – the top of the Marina Bay Sands Hotel is probably the most panoramic though. And if you decide to actually spend a couple of nights there, then you get to take a dip in their impressive infinity pool overlooking the city too.

My favourite spot however has to be the Lantern Rooftop Bar of the Fullerton Bay Hotel where you have outstanding views of both the Singapore River and Marina Bay Sands at the same time. It’s more of a classy hangout in my opinion, and you can relax on the terrace and enjoy a tipple or two while their resident band plays soothing tunes in the background.

The newly renovated National Gallery also has a rooftop restaurant and bar called Smoke and Mirrors with both an indoor and outdoor area. It’s a great way to have some drinks and small bites and catch up with friends overlooking the historic Padang district and Marina Bay. 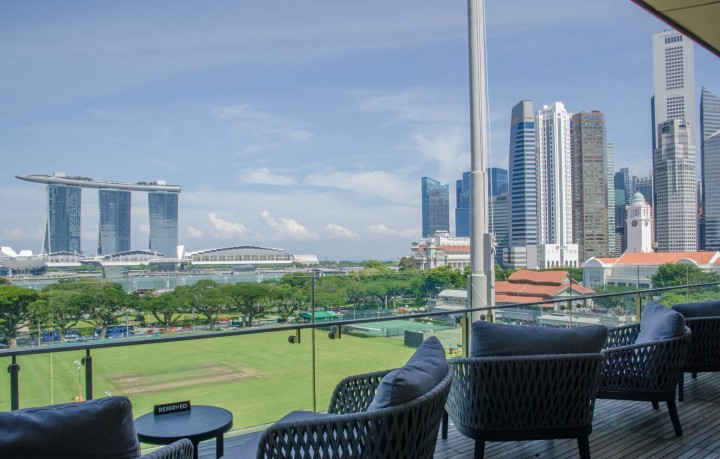 There were pockets of popular places to go for dinner and drinks – Chijmes, Holland Village, Emerald Hill, Boat Quay, Club Street to new a few. Are these hangouts still very much in style or have brighter and better buzz spots taken over?

Yes, in fact Chinatown has changed quite a bit in the last decade and now has some of the coolest bars and restaurants in town, as well as speakeasies and clubs that have an undergound vibe. Keong Saik Road has lots of good restaurant choices with plenty of pre- or after-dinner bars to hang out at.

There’s also Duxton Hill, particularly the part close to Chinatown, which is a very festive evening spot with a choice of very good restaurants for dining.

These places are the closest to Orchard Road, but you also have the high-end restaurants in hotels like the Marina Bay Sands for pricier options or special occasions.

I recall romantic restaurant settings such as Halia in the Botanic Gardens or Indochine on the river front for an amorous dinner à deux. Am I still clued up or completely off the radar?

The new Marina Bay Waterfont Promenade is rather a romantic setting with its cluster of restaurants and great views, and it boasts a quieter retreat from the city. Sentosa Island too has many hotels with good places to eat and is more of a haven from the hubbub of Downtown. The One°15 Marina has great dining choices and yachts aplenty in a lovely setting. And if you can stay at the W Hotel and sleep in a suite room, that would indeed afford a slice of romance too. 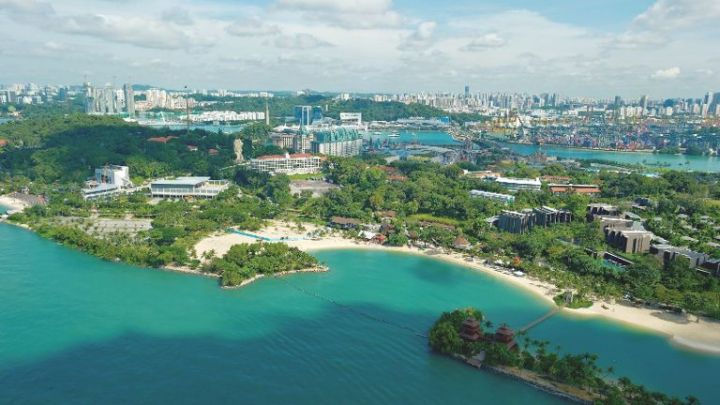 A Champagne Brunch was a great way to spend a Sunday afternoon catching up with friends and getting pleasantly poached in the process. Is it still the way? Where would you recommend folk go for some boozy brunch indulgence these days?

Most restaurants these days actually do a Champagne brunch, but to be honest the prices have escalated since our glory days! I’d still recommend the hotels over the restaurants for a real brunch though, like The Fullerton.

Where does the in-crowd go for a spot of lunch?

You can pick up lunch literally anywhere, from hawker centres to food courts to restaurants. There’s a great Italian called No Menu that serves very good quality dishes, although this attracts a business clientele during the lunch rush. A little less expensive would be PasarBella at Suntec City Tower 1. Many locals eat here and it has a farmer’s market layout where you can choose whatever kind of dish you like. Great for a quick bite!

For croissants, quiches and small bites or salads there’s also the ABC – Artisan Boulangerie Co. – a bakery with locations all over the city. 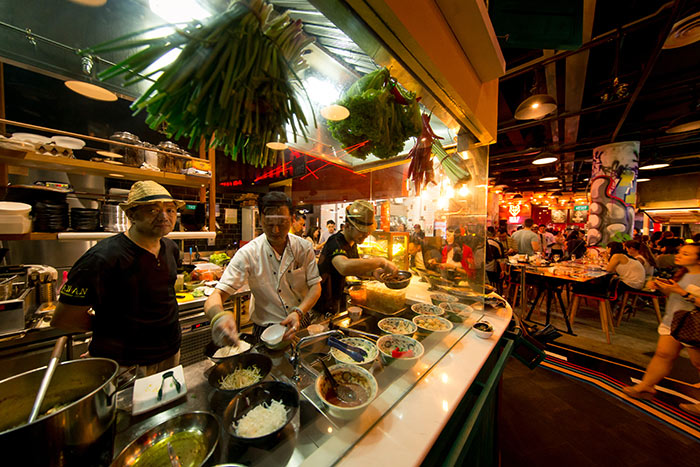 And what about high tea? Is Raffles still the cream of the crop?

The Marriott Hotel on Orchard Road does a very good high tea, as do some small French places that have popped up in recent years, like Hediard. But Raffles, yes, takes some beating. 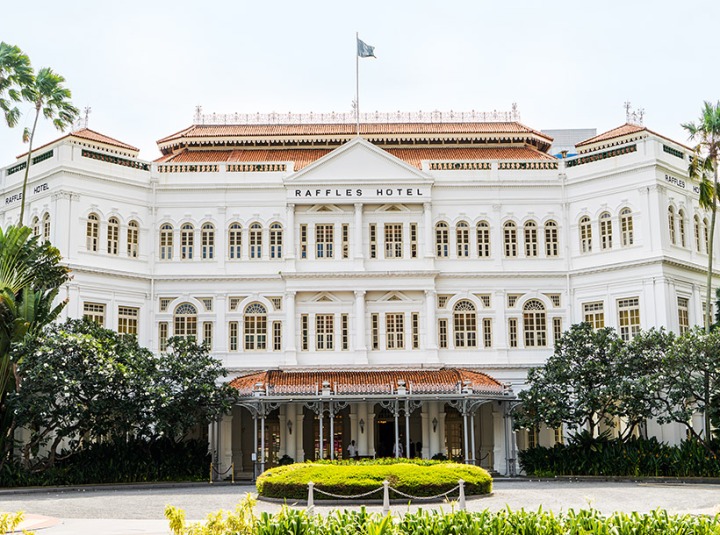 If visitors want something more authentic, which hawker centre food stops are still the favourite?

I rarely go to hawker centres since there are so many other places to choose from, but for those ever-popular traditional Singaporean dishes like Fried Kway Teow, Hokkien Mee, Bak Kut Teh, Hainanese Chicken Rice and plenty more, the popular ones are probably Lau Pa Sat, the Chinatown Complex, Old Airport Road Food Centre and Maxwell Road.

Do the East Coast food joints still serve up a mean chilli crab? And where else for a bite that’s a bit more local?

For the famous chilli crab, East Coast Park is always a good option, but my favourite is Mellben Seafood in Toa Payoh. It’s a great local place for some good old local grub! 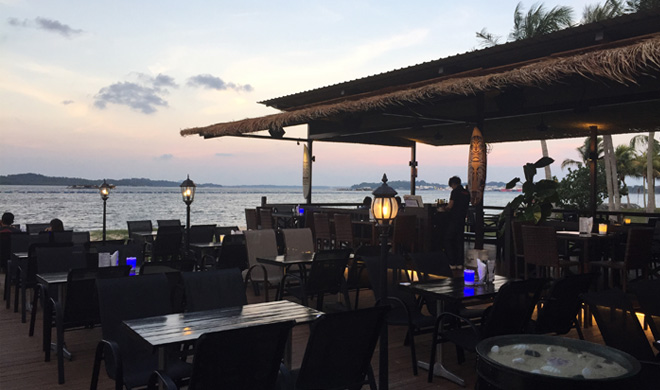 The term ‘boutique hotel’ was probably just emerging more than ten years back, but a lot of them seem to have sprung up in Singapore in the last few years. Any you’d particularly recommend?

There’s the Hotel Jen in the Tanglin area which is part of the Shangri-La Group, and The Scarlet Hotel on Ann Siang Hill, which is in a beautifully renovated art deco building and is walking distance to Club Street. 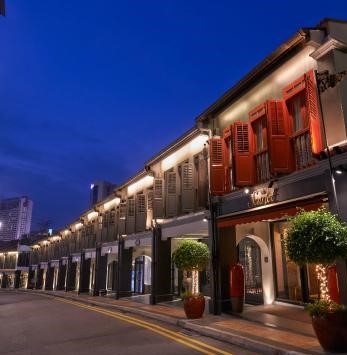 What else is new on the hotel front?

Well, there are a lot of business hotels opening all the time, and Sentosa has had a number of new openings, like the Sofitel Resort & Spa. There’s also a SO Sofitel and a Westin Singapore in the Downtown Core.

Orchard Road was all about shopping. Have new retail experiences sprung up around the sovereign state of late, or is Orchard still the hub?

Orchard is still pretty much the heart of retail therapy, and there’s a bit of a shopping hub in the Marina Bay Sands area too. 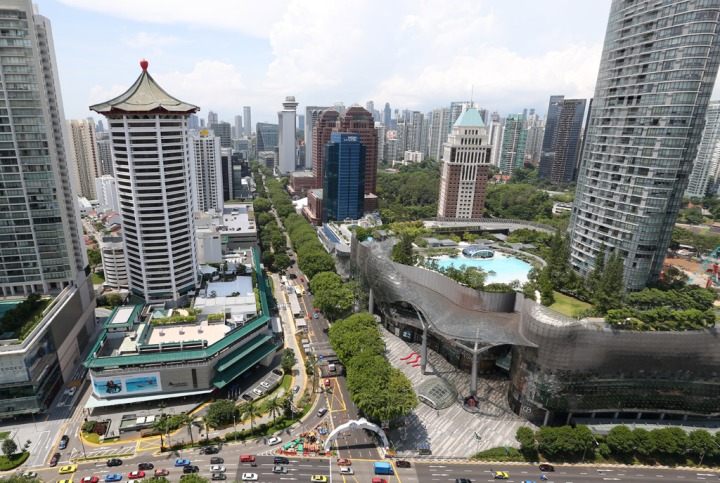 Where are you favourite places to wine and dine?

What else should we know about the all-new Singapore?

A boutique homestay in Malaysia

Wales: All the Fun of the Festival

Le Manoir de Malagorse: a leisurely stay in the Lot